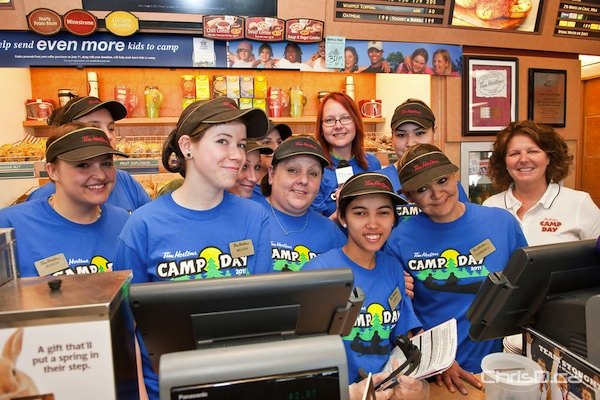 Wednesday was Tim Hortons Camp Day, where the restaurant chain donated every penny from coffee sales in Canada and the U.S to the Tim Horton Children’s Foundation.

More than 14,000 kids are sent to camp annually thanks to the fundraiser. The Foundation operates six camps and selects children to attend from within communities where Tim Hortons restaurants are located.

Last year, the company raised $9.7 million during the one-day event.

The Province of Manitoba announced Wednesday an investment of $1.8 million to help with the construction of the new Tim Horton Children’s Foundation youth leadership camp near Sylvia Lake in Whiteshell Provincial Park.