Home » News » Thousands Show Off Their Pride to Celebrate Unity

Thousands Show Off Their Pride to Celebrate Unity 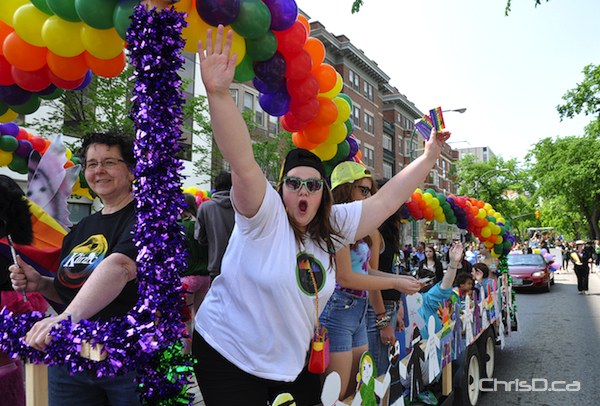 Bright colours and boisterous characters paraded down Broadway after gathering at a rally on the grounds of the Manitoba legislature at 11 a.m.

From there, thousands of people made their way to The Forks to continue the festivities, which included entertainment in part from Martha Wash and Sons of York, a beer tent, food vendors and a children’s play area.

The party lasted well into the night at Don Pedro’s and 6 Degrees Lounge in the Exchange District with performances from a handful of DJs.

This year’s turnout to celebrate unity was expected to break attendance records.