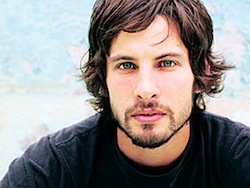 Canadian rockers the Sam Roberts Band are coming to Winnipeg on Tuesday, November 1.

The band, lead by the Juno Award-winning singer-songwriter, will perform at the Centennial Concert Hall with special guests.

Roberts and his band released their fourth studio album on May 10 titled Collider.