Winnipeg was in the spotlight Wednesday night when we made the Top 10 List on “The Late Show with David Letterman.” 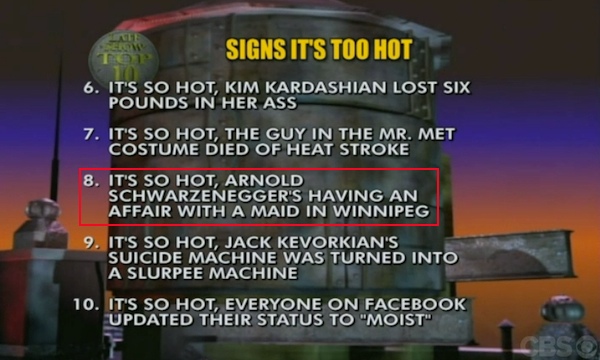 Under the topic of “Signs It’s Too Hot,” Winnipeg made number 8.

It’s not the first time our fair city has been included on the late night CBS show. Letterman has previously mentioned Winnipeg by name countless times over the years, even claiming to have owned a ranch in Manitoba at one point — albeit a mere fabrication.