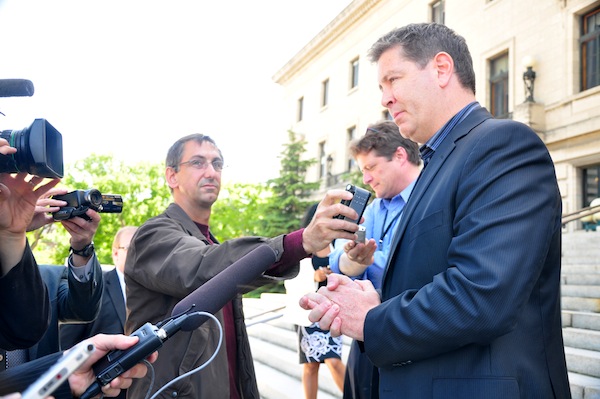 Addressing members of the media on the steps of the Manitoba legislature, Brown admitted he could certainly lose, but said things have changed since 2007.

Brown will be up against NDP Education Minister Nancy Allan, who had no problem winning the last two elections by a large margin.

The decision to run in St. Vital was based on the Tories needing a candidate in the area, and the fact that Brown used to work there.

The provincial election is October 4.