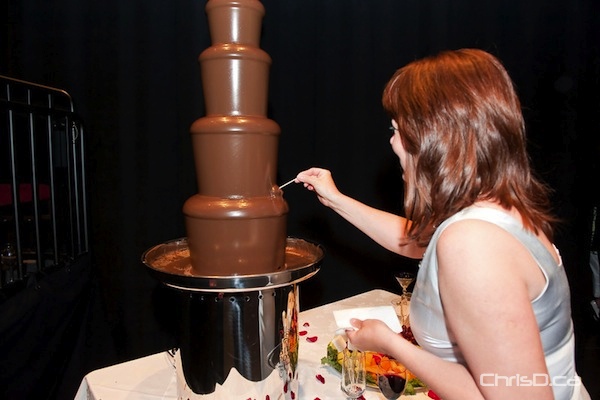 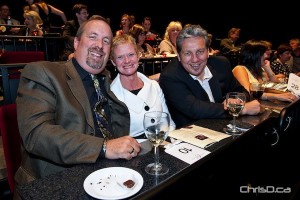 Larry McIntosh of Peak of the Market and his wife, along with city councillor Dan Vandal at La Soirée chocolatée. (TED GRANT / CHRISD.CA)

One of the prizes include a trip for two to the Windy City to meet Chicago Blackhawks captain Jonathan Toews.