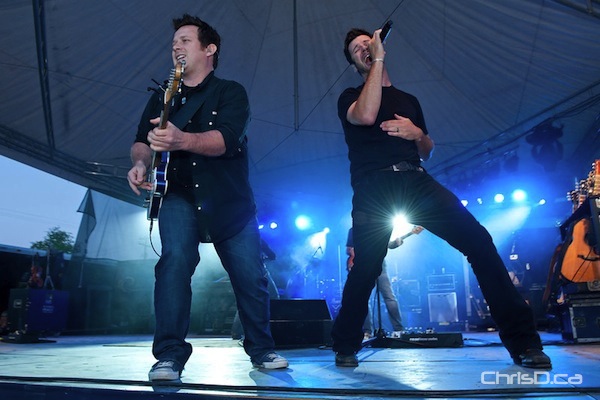 Thousands of people from across southern Manitoba drove to Niverville over the weekend for the annual Niverville Old Tyme Country Fair.

Having began on Friday, the headlining act and full-day of activities were held Saturday, capped off with country band Emerson Drive and a pyrotechnics display.

The Juno Award-nominated band from Grand Prairie, Alberta played for a little more than 90 minutes to a packed Main Street, as revellers set up lawn chairs and filled the bleachers as they do every year.

Organizers moved the intimate stage to the other side of the street this year to accomodate a larger crowd, which seems to be growing annually.