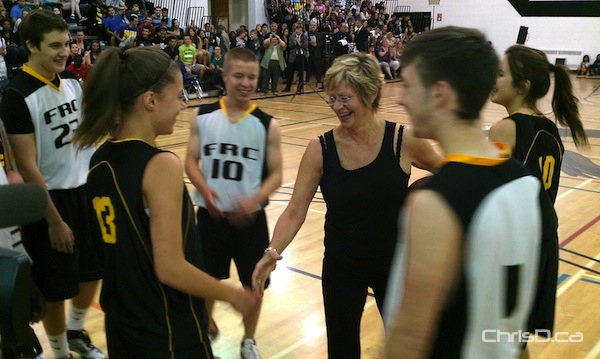 Fourteen Manitoba schools will receive new or renovated gyms within the next five years, the Manitoba government announced Tuesday.

As part of the Active Schools Fund, the province is committing $50 million as part of the first phase of the fund.

Construction will begin on new gyms over the next two years and include seven elementary schools across Manitoba. Schools to receive renovated or upgraded gym facilities during the same time period include Nordale, Howden and St. Avila elementary schools and Dakota and Fort Richmond collegiates in Winnipeg, Swan Valley Regional Secondary School and Morden Collegiate.

The second phase will begin in 2013-15 and include Kelvin High School, Vincent Massey Collegiate and Laura Secord School inside the city, as well as W. C. Miller Collegiate in Altona and Green Acres School in Brandon.

Phase three will focus on additional projects recommended by school divisions for consideration.

See a complete list of which schools will receive funding for new or upgraded gym facilities. (PDF, 82 KB)