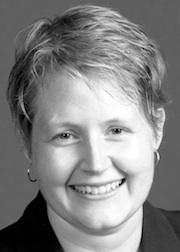 The Royal Manitoba Theatre Centre has itself a new general manager.

Camilla Holland will assume the top duty after being assigned to the position by the Board of Trustees this week.

MTC announced Thursday that Holland will take over from current GM Zaz Bajon, who is retiring at the end of June.

Holland brings 15 years of experience with her, having previously worked at the Tarragon Theatre in Toronto.