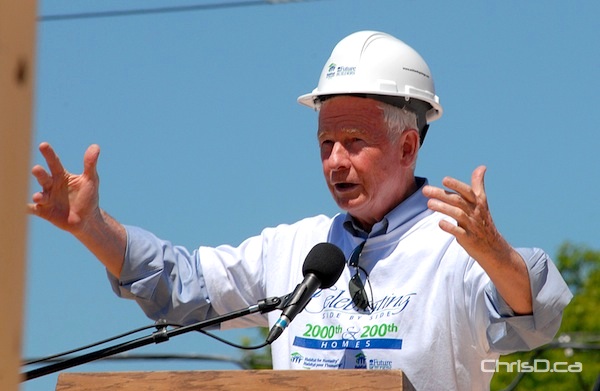 Governor General David Johnston wrapped up his three-day visit to Manitoba on Saturday by meeting with the province’s Francophone community.

Johnston and wife Sharon were at the Franco-Manitoban Cultural Centre, where they were greeted by Winnipeg Mayor Sam Katz and his wife, Leah.

Following their visit to St. Boniface, Johnston worked with a group of Habitat for Humanity volunteers to build two side by side units that will benefit two Winnipeg families. The work on Nairn Avenue marked the 200th home built by Habitat for Humanity Winnipeg and the 2000th overall for the organization in Canada.

On Friday, the Governor General toured the site of the future Canadian Museum for Human Rights at The Forks, visited David Livingstone School and Assiniboine Park Zoo.