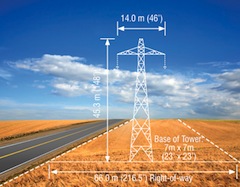 Wouldn’t it be nice if that whole Bipole III debate could be settled over some beers?

The Canadian Taxpayers Federation (CTF) is attempting to somewhat do that during their “Beers and Bipole” event next week.

The free public event will feature a 10-minute speech by each party representative, followed by questions from the floor.

The discussion will get underway at the Holiday Inn Airport West, 2520 Portage Avenue, beginning at 7 p.m.

The controversial high-voltage Manitoba Hydro transmission line would begin northeast of Gillam, at Keewatinoow Converter Station, and run southwest past Thompson before turning south at The Pas.