Users Spending More Time on Apps Than the Web 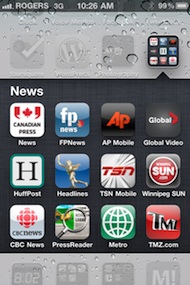 Flurry.com used data stats from comScore and Alexa to find that consumers spent 81 minutes each day using mobile apps, whereas 74 minutes were spent on the web itself. The data is from June so far and combined tablets and smartphones. Sales of the devices themselves outranked traditional desktops and notebooks for the first time in February.

The increase in mobile app use is being contributed to users spending more time playing games and using social media — a nine percent increase from the same pastimes being used on traditional hardware.

— With files from Flurry