PHOTOS: Winnipeg Jets The Only Option 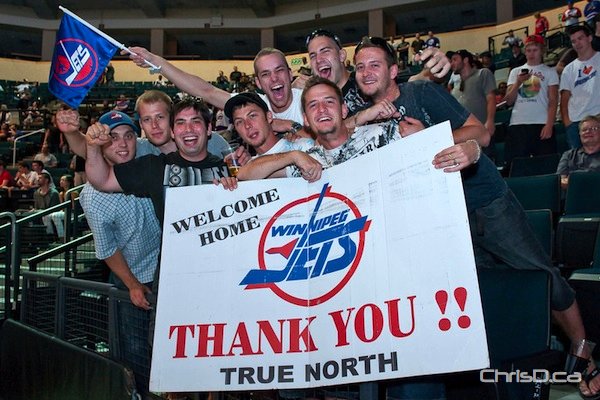 Fans welcome back the Winnipeg Jets during an NHL Draft Party at MTS Centre on Friday, June 24, 2011. (TED GRANT / CHRISD.CA)

For hockey fans, there was no alternative — Winnipeg’s NHL franchise had to be called the Winnipeg Jets.

About 4,000 boisterous diehards chanted “Go, Jets, Go!” into the night, and then really let loose when True North chairman Mark Chipman confirmed the team’s name before the franchise made their first pick at the NHL Entry Draft.

The televised draft from St. Paul, Minnesota was broadcasted on the giant JumbroTron at ice level, as fans young and old joined in the celebration to welcome their team back after 16 long years.