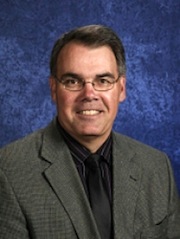 The superintendent of Lord Selkirk School Division has been elected as president of the Manitoba High Schools Athletic Association.

Scott Kwasnitza was recently elected at the association’s annual general meeting in Russell, Manitoba, made up of 122 coaches, physical educations and administrators from across the province.

The association has also made changes to the golf championships and allows a zone to add an individual male and female to the entries as well a team representative. The association will also be conducting research into eye injuries in badminton, and developing recommendations in regards to eye protection.