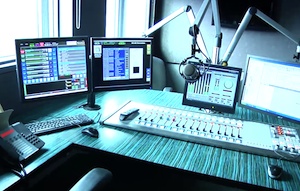 A source says the station will now focus on playing more music.

Most of Groove’s programming has been voice-tracked as it was, leaving little room for live cut-ins.

The station is expected to flip to a different format in September.

No one from Corus was available to officially comment.

Watch video from our exclusive tour of the Power 97, CJOB and Groove FM Polo Park studios shot back in April.