Home » News » Manitobans to Be Better Protected When Buying a Vehicle

Manitobans to Be Better Protected When Buying a Vehicle 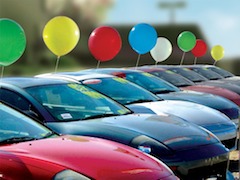 Consumers who purchase new or used vehicles in Manitoba will be better protected under the proclamation of the Business Practices Amendment Act.

“We know the majority of car dealers are honest and don’t withhold information from their customers. Unfortunately, we also know that sometimes, consumers are misled when buying vehicles,” Macintosh said in a statement. “We want to avoid situations where consumers discover important facts about their car after they have purchased it.”

Effected December 31, 2011, dealers will need to provide more information about the history of the vehicle, such as whether it was ever used as a taxicab, police car or rental car.

Other information that will need to be disclosed includes whether the vehicle has had significant repairs, was ever declared an insurance write-off, was damaged in a flood, or whether it was declared a lemon in another jurisdiction.

Dealers who don’t comply with the new rules could face fines and/or imprisonment, or court-ordered consumer compensation.

The Manitoba government also plans to later introduce rules when it comes to advertising vehicles.