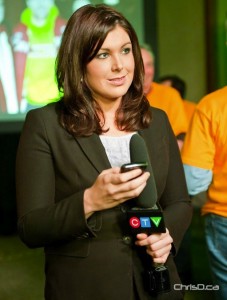 CTV Winnipeg political reporter Laura Lowe will no longer be keeping Manitoba’s politicians honest when she moves on next month.

Lowe has accepted a reporter position at CTV Edmonton and will be leaving her post in Winnipeg by mid-July.

She first began at CTV just over a year ago and was at ‘A’ News in Ottawa before that.

The station is currently seeking a replacement.