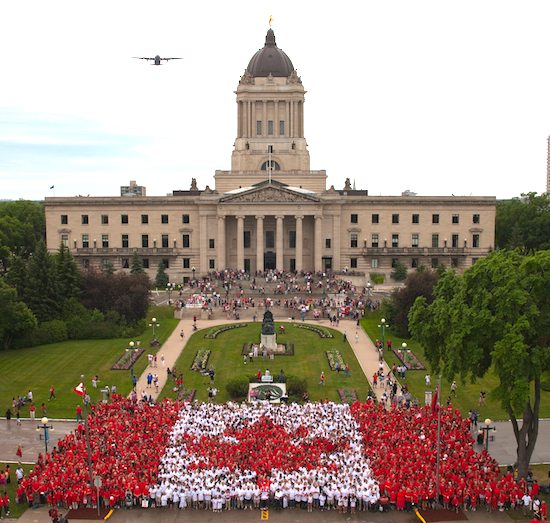 About 3,400 Winnipeggers set a record Friday for creating the largest living flag at the Manitoba legislature.

The Downtown Winnipeg BIZ organized the event after Victoria, B.C. challenged the city to beat its own flag last year made up of 2,100 people.

Despite the light rain Friday morning, it didn’t put a damper on Winnipeg breaking the record.

“We were hoping for just over 2,000 people, and when the line started forming before 9am, we knew this event had really captured Winnipeggers’ imaginations,” said Downtown BIZ executive director Stefano Grande. “No matter how many people Victoria gets today, we know today we beat their previous record. I have to say, when everyone started singing O Canada together I had a shiver down my spine. It was amazing.”