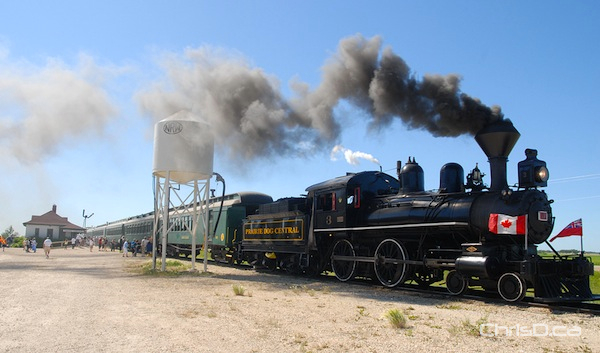 The Prairie Dog Central chugs along the track Saturday, July 2, 2011 to pick up guests for "The Great Train Robbery -- Cowboys and Gals" event. (STAN MILOSEVIC / MANITOBAPHOTOS.COM) 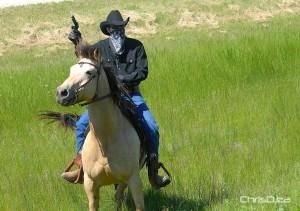 Travellers aboard the Prairie Dog Central Railway were robbed of their money Saturday, but it was all in good fun.

The railway held a re-enactment of an old-fashioned train robbery for its guests, as robbers on horseback with guns blazing stormed the train along the line.

Once stopped, the robbers “stole” donations in support of Winnipeg Harvest and the Winnipeg Cheer Board.

During the stop in Grosse Isle, visitors were treated to entertainment by the band Fire and Ice.

“The Great Train Robbery — Cowboys and Gals” will run again on Sunday, July 31 and Sunday, September 25.

← Previous: Facebook to Launch Skype-Powered Video Chat Next: Can You Find a Home for This Pooch? →
Tags: Charity