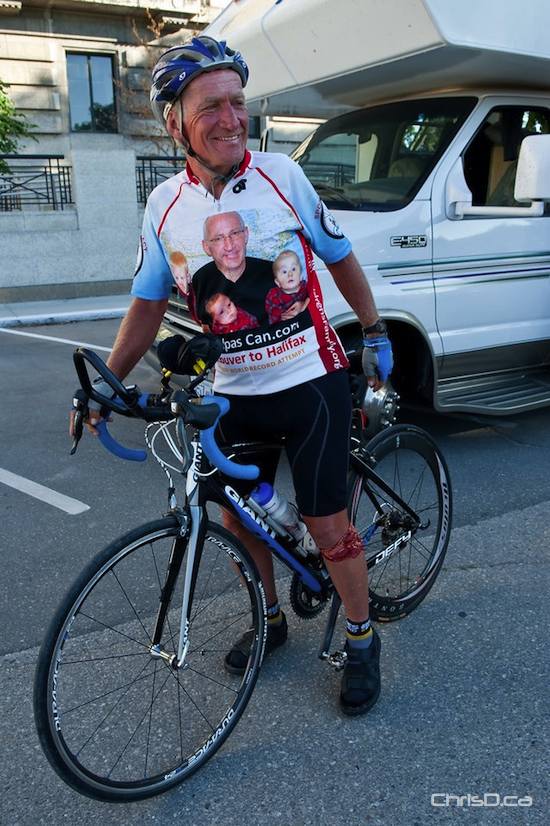 Arvid Loewen arrives at the Manitoba legislature in Winnipeg Tuesday evening after a gruelling bike ride that began in Vancouver on July 1. Loewen is peddling across Canada in support of the Mully Children's Family charity, which works to rescue street children from Kenya. Loewen is the former vice president at Winnipeg's Palliser Furniture, but quit his job to devote his life to helping children in need. The goal of his journey is to make it from coast to coast in less than 13 days, 9 hours and 6 minutes -- the current Guinness record. To follow Loewen, visit GrandpasCan.com. (TED GRANT / CHRISD.CA)