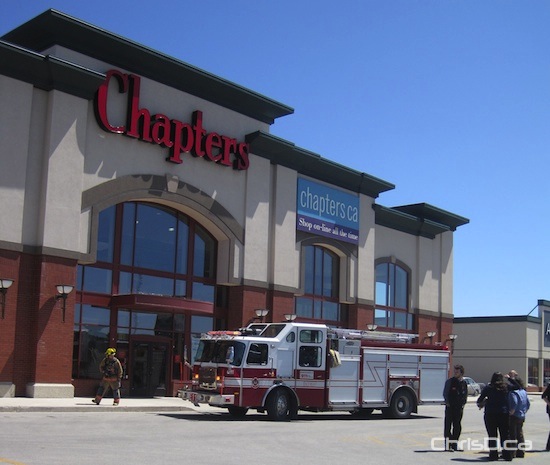 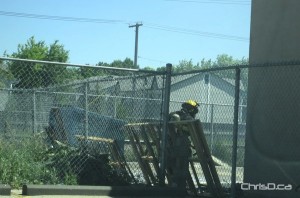 A firefighter works behind Chapters to extinguish a fire on Tuesday afternoon. (ANGÈLE FAUCHER)

Shoppers were evacuated from the Chapters book store on Empress Street Tuesday after a fire broke out.

Witnesses on scene say smoke could be seen billowing out from the back of the building just before 2:30 p.m.

At least five fire trucks responded to the blaze to get flames under control.

It’s believed the fire began in a garbage bin. No damage estimate was immediately available.