Home » Sports » Blue Bombers Get Their Own Donut at Tim Hortons

Blue Bombers Get Their Own Donut at Tim Hortons 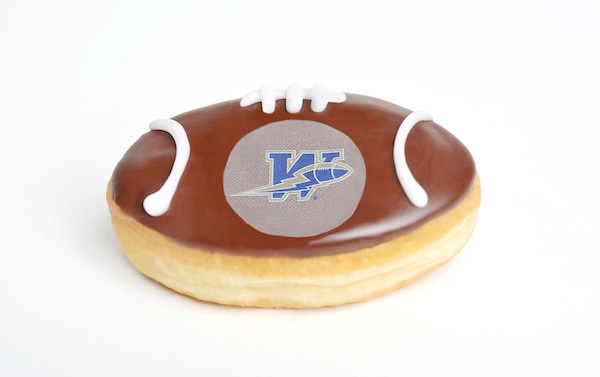 Just in time for the first home game of the 2011 CFL season, the Winnipeg Blue Bombers will have their own donut at participating Tim Hortons locations.

The coffee and donut chain announced the football-shaped, chocolate-dipped donut will be available at select Winnipeg and surrounding area locations this season.

The edible logo is one of eight designs from the CFL.