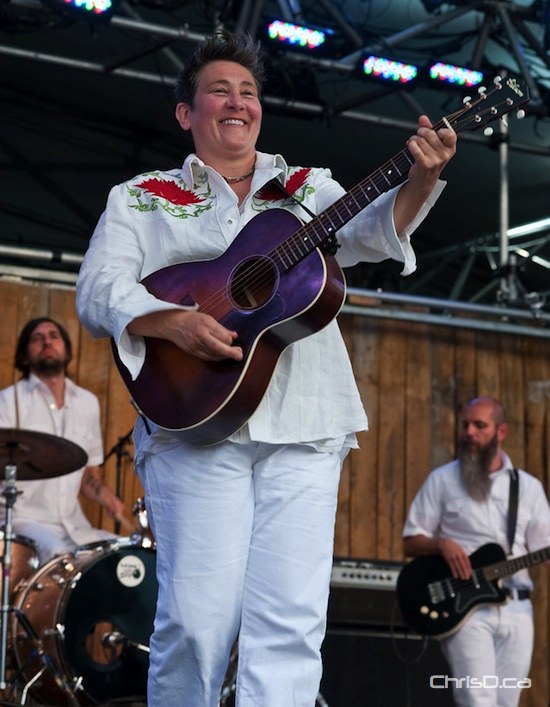 Day 3 of the 38th annual Winnipeg Folk Festival featured, for many, the highlight of the five-day event.

The response to lang’s performance was phenomenal, as was described on Twitter moments after her set was finished.

K. D. Lang just played a very emotional cover of hallelujah at the Winnipeg Folk Fest. It brought tears to her eyes #wff2011

Folk fest not my thing…but wish I could have heard kd lang sing hallelujah live.

View the photo gallery below from Day 3.