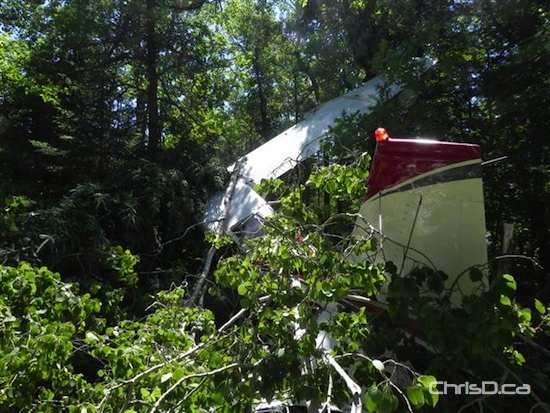 The pilot of a small aircraft was able to avoid disaster Sunday morning after he began to experience engine problems.

RCMP say just before 10:30 a.m. a citizen reported seeing a plane flying overhead that appeared to be in distress near Pinawa.

Radio contact was made with the 56-year-old Winnipeg pilot, who shortly thereafter landed the Cessna 206 float plane in the bush near a local golf course. An attempt to land back on water in a channel off of the Winnipeg River system near Pinawa was unsuccessful.

The pilot was the only one on board and was not hurt.

The Transportation Safety Board is investigating.