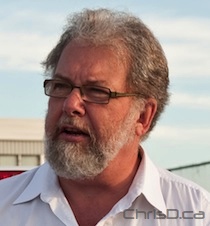 Elmwood MLA and Manitoba Conservation Minister Bill Blaikie is set to retire and will not seek re-election in the October provincial election.

The NDP Caucus made the announcement Monday, saying Blaikie will stay on until the election to fulfill his duties.

“Bill’s political experience and knowledge of environmental issues has been a great asset to our province,” Premier Greg Selinger said in a statement. “As Minister of Conservation, Bill’s passion for the environment was the driving force behind significant projects that will have a lasting impact.”

Blaikie was elected as the Member of the Legislative Assembly for Elmwood in a March 2009 by-election and was appointed Minister of Conservation in November of the same year. His political career has spanned more than 30 years.

Blaikie’s plan to retire wasn’t something he had been considering for a while, and only made the decision recently.