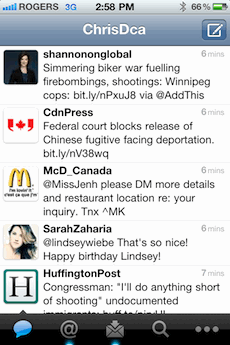 Canadians love Twitter — that much is obvious. What became clear this week is exactly how much they love it.

According to a study conducted by BBM Analytics for CBC/Radio-Canada, Canadians’ Internet usage has grown rapidly over the last few years, including their involvement on social networking sites. English-speaking Twitter users averaged about 33.4 hours online a week, while francophones were at 23.8 hours.

Other tidbits in the survey revealed the country’s heaviest Internet users are younger, live in Toronto or Montreal, have higher incomes or take public transit.

The increase in numbers is mainly attributed to the rise in smartphone and tablet use, along with the ability to consume more content online than ever before.