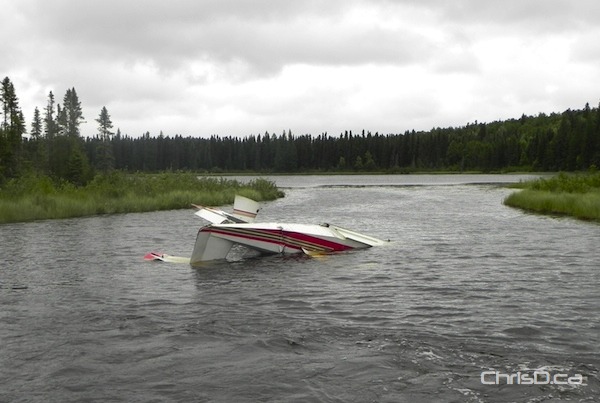 A small floatplane crashed into Wellman Lake on Thursday, July 14, 2011. The three men aboard made it out without any serious injuries. (RCMP HANDOUT)

Three men survived a plane crash Thursday afternoon near Swan River after the aircraft lost power during take off.

RCMP say the small Lake Buccaneer floatplane crashed in Wellman Lake at around 3:30 p.m. when it struck a beaver dam and flipped over.

The crash happened about 55 kilometres southeast of Swan River.

The 61-year-old male pilot, and two other men from Whitehorse and Dauphin, were taken to shore by a rescue boat.

All three were treated and released from the Swan Valley Health Centre.

The Transportation Safety Board, along with Manitoba Conservation and RCMP continue to investigate.