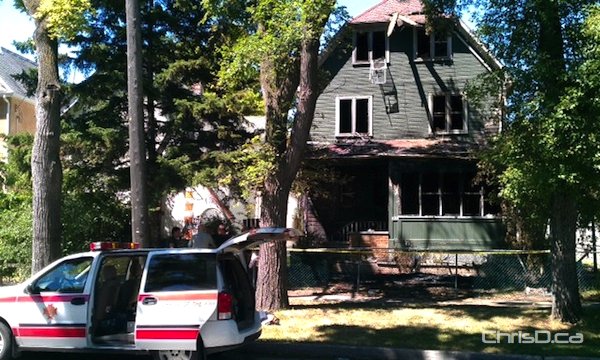 Four people have perished after an early morning blaze in the city’s Port Douglas area.

The fire broke out at about 2 a.m. Saturday at 291 Austin Street North.

Six adults were in the rooming house at the time. Four succumbed to their injuries — three men and one woman — while the other two remain in critical condition.

The Winnipeg police homicide unit is investigating the cause.

This is the second deadly fire in the city in recent days. On Friday, a 73-year-old woman succumbed to her injuries after a fire in St. Vital late Thursday that ravaged three condominium units.

UPDATE: July 17, 2011 — Lulonda Lynn Flett, 40, has been charged with second degree murder x 4 and attempted murder x 4 as a result of her alleged involvement. Flett was arrested in the 800 block of Main Street at about 4 p.m. on Saturday. Winnipeg police say an accelerant was used on the front porch area, igniting the residence. The investigation is ongoing.