Home » Photos » BikeFest Draws Cyclists from Across the City

BikeFest Draws Cyclists from Across the City 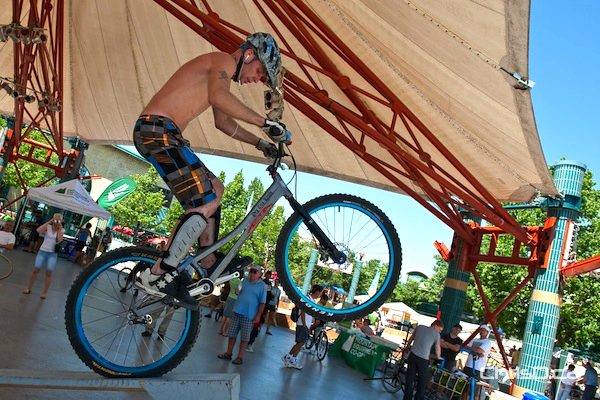 Cyclists rode to The Forks on Saturday to meet up with other biking enthusiasts for the third annual BikeFest. The Mountain Equipment Co-op-sponsored event promoted cycling in the city and offered many activities for those who rode down on their preferred mode of transportation. Games of bike polo were played, riders had the opportunity to pick up some new gear in the MEC marketplace, and several displays and demos took place. The West End Cultural Centre also put on concerts throughout the day underneath the canopy featuring several local artists. (TED GRANT / CHRISD.CA)

← Previous: Man Killed in Two-Vehicle Crash in St. Andrews Next: PHOTOS: 2011 Super-Spike a Record Year for Organizers →
Tags: The Forks