‘Rock on the Range’ Moves from Stadium to MTS Centre 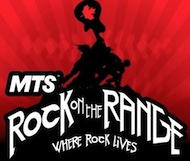 The upcoming MTS Rock on the Range concert previously scheduled for Canad Inns Stadium is moving to MTS Centre.

The show, slated for August 20, will include Alice In Chains, Evanescence, Sum 41, Five Finger Death Punch, Volbeat, Hinder, Anberlin and others.

“The decision to move indoors for this year was based on ensuring the most consistent experience for both the fans and the bands,” said Kevin Donnelly, senior vice president and general manager of MTS Centre. “This will give concert-goers the best opportunity to enjoy what they paid for — a full day and night of rock music where the unpredictability of weather isn’t a factor. This will also be the first-ever general admission access for the lower bowl of MTS Centre. Fans with field tickets will not only have prime seating but also floor access to their favourite bands throughout the event.”

Tickets for the concert are still available through Ticketmaster.