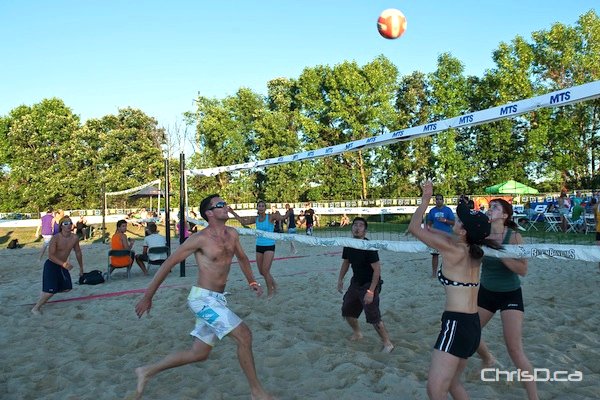 The two-day Super-Spike volleyball tournament on the city’s outskirts over the weekend was the largest gathering to date.

The 10th annual fundraiser for Team Canada drew 278 teams to the sand, proving the success of the summertime favourite isn’t dying down anytime soon. In fact, several teams had to be turned away due to the overwhelming amount of registrations. Not even the extreme heat could deter attendance.

Besides the fierce sports competition, Friday and Saturday was very much about the partying. Several big name bands played for the thousands of players and spectators at Maple Grove Rugby Park, including Inward Eye, The Trews, Retro Rhythm Review, Sons of York, and more.