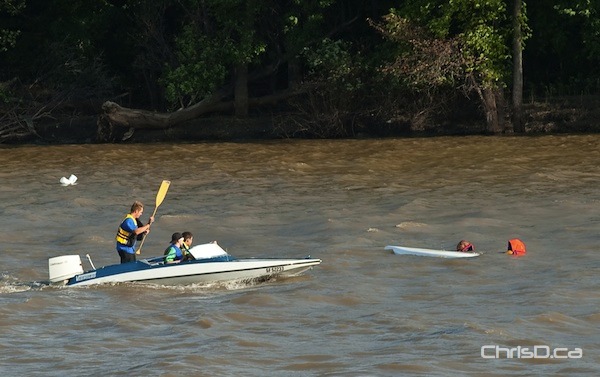 Boaters in a leisure craft attempt to rescue a man and woman who capsized their canoe on the Red River, Wednesday, July 20, 2011. (TED GRANT / CHRISD.CA) 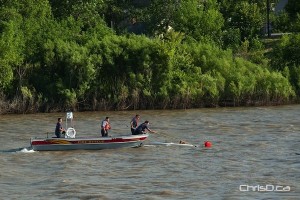 Two people who capsized their canoe on Wednesday were rescued from the choppy waters of the Red River.

The incident happened at about 6:30 p.m. near Lyndale Drive and St. Mary’s Road.

Our photographer was first on the scene and says, “I noticed a metallic sliver on the water surface. I got closer and determined it was an over turned canoe and it took about 45 seconds for some heads to appear.”

Emergency personnel arrived about five minutes later after nearby boaters were unsuccessful in rescuing the man and woman. Both boaters were wearing lifejackets.

Winnipeg police said the two were transported to the police dock to be checked out, but both appeared to be fine.