Home » Photos » Banks Battle for Supremacy on the Baseball Field

Banks Battle for Supremacy on the Baseball Field 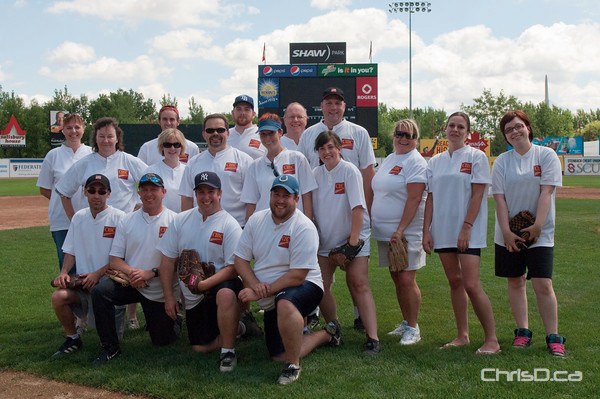 Team CIBC poses following their collective effort in Battle of the Banks V at Shaw Park on Sunday, July 24, 2011. More than 120 employees from BMO, CIBC, RBC, Scotiabank and TD Canada Trust played in the day-long baseball tournament in support of the United Way. Organizer Brian Melnyk says the banks have raised $15,000 over the years in support of the cause, stating it's all about creating awareness for the work United Way does. (TED GRANT / CHRISD.CA)