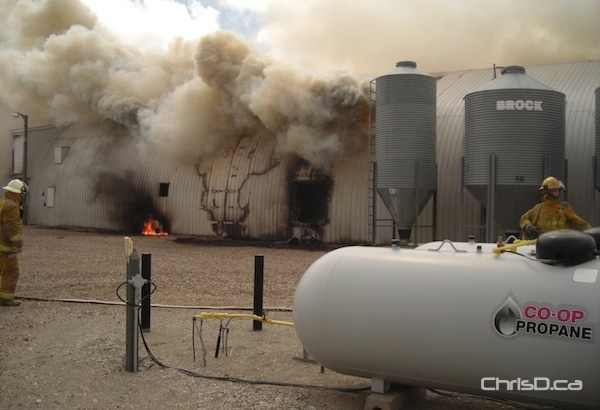 RCMP say the blaze broke out just after 3 p.m. on Highway 3 in the RM of Pembina. Firefighters from Manitou, La Riviere and Darlingford responded to the call.

The barn is a total loss, with damage pegged at $500,000. No people were injured in the blaze.

The fire isn’t considered to be suspicious, but the Manitoba Office of the Fire Commissioner continues to investigate.