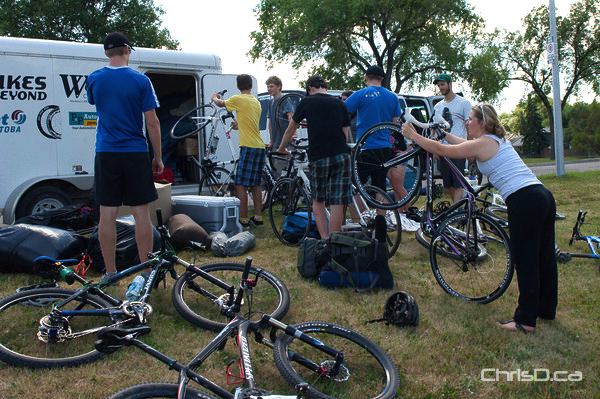 Members of Manitoba's provincial cycling team gear up for a three-day training trip to Rushing River on Sunday, July 24, 2011. The team -- made up of five men and five women -- will head to the 2011 Western Canada Summer Games in Kamloops, B.C. August 10-14 to compete during the second week of the competition. (TED GRANT / CHRISD.CA)