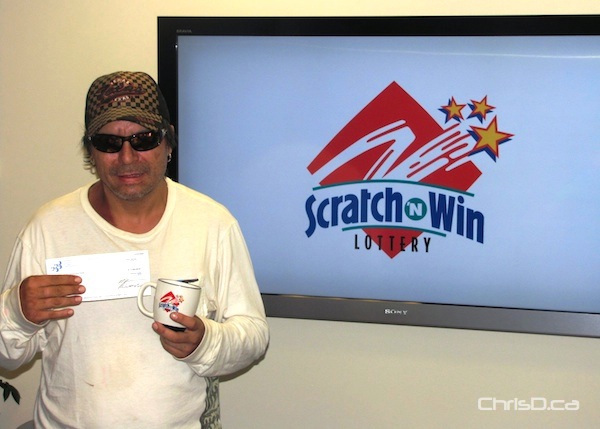 A Winnipeg man is the city’s newest millionaire after uncovering three identical symbols on a scratch ‘n win ticket.

Farrell Lavallee purchased three $5 tickets at the Shell located at 655 Notre Dame Avenue and shared the good news immediately with his pooch, Shiloh.

“I looked at my dog and said, ‘One more and we can retire, baby!’” Farrell said in a news release from the Western Canada Lottery Corporation. “When I scratched the third one, I turned the ticket over and read it. Then I flipped it over once more and looked at it. Then I turned it back over to read it again,” he said. “It still hasn’t settled in yet.”

Farrell said that the win didn’t really become a reality for him until he saw the cheque.