Brandon’s Super Sandbags to Come Down 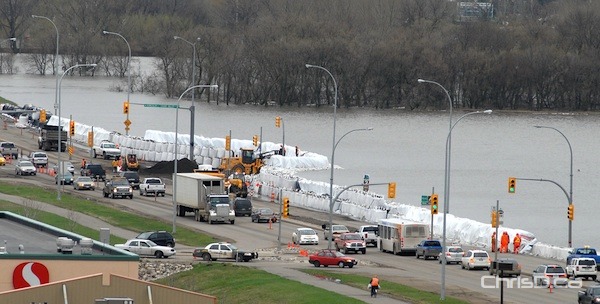 Brandon's super sandbags will come down next week after successfully holding back the Assiniboine River. (STAN MILOSEVIC / MANITOBAPHOTOS.COM)

Officials in Brandon will begin demolishing the super sandbags that protected the western Manitoba town from the rising Assiniboine River this spring.

Starting next week, the large bags along 18th Street will come down after they were put up to save the city from a one-in-300-year flood.

Volunteers will help with the cleanup after the more than 5,000 bags are removed by machinery.

Businesses along the busy route shut down for several days, accounting for millions of dollars in lost revenue to the local economy.

Many Brandon neighbourhoods were also evacuated before the river’s crest hit in May.