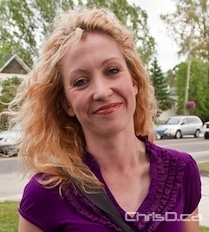 CTV Winnipeg has itself a new weather anchor to replace the already-departed Jordan Witzel and soon-to-be retiring Sylvia Kuzyk.

Bready made the announcement on her Facebook page Monday afternoon, which was quickly tweeted by the Sun’s Kevin Engstrom.

“…Thrilled to be joining CTV Winnipeg as the Noon/6 p.m. Weather Anchor!,” Bready wrote in a status update.

Before joining the CBC, Bready was a reporter at CJOB.

CTV sources tell us Bready’s first day will be two weeks from today on Monday, August 22.