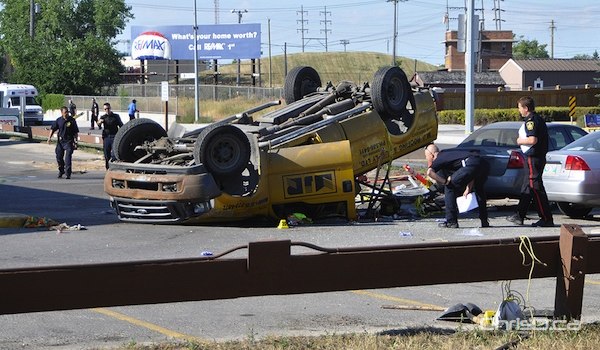 Four men were in the vehicle at the time of the crash when it lost control near Jarvis Avenue and jumped the curb.

Three men were taken to hospital, where a 20-year-old later succumbed to his injuries. The other two were treated and released.

A fourth man in the truck fled the scene before police arrived. He was eventually located and remains in police custody.

Police closed northbound lanes of McPhillips between Logan Avenue and Jarvis Avenue to traffic while they investigated.

Police say speed and alcohol are being explored as factors in the crash.