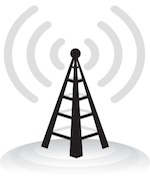 While most people escape to cottage country and the lake to get away from technology, it appears that won’t be the case for much longer.

More provincial parks throughout Canada are beginning to offer Wi-Fi hotspots for guests to get online.

Out of all the provinces, Nova Scotia takes the lead with the most hotspots — 14 in total at its provincial parks. Newfoundland and Labrador are also on board, currently experimenting with its own wireless Internet at five provincial parks.

British Columbia, Saskatchewan and Ontario are also all ramping up their efforts to outfit their parks with the technology.

“More and more people want to remain connected, even when they are camping in the great outdoors,” said Peter Chow-White of Simon Fraser University. The communications professor said in a statement that people are having a hard time separating work and private life these days.

← Previous: Bridge Near Ste. Agathe to Close for Repairs Next: Players Hone Basketball Skills in 3-on-3 Tourney →
Tags: Canada | Technology