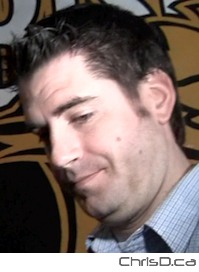 The number of on-air personalities leaving Shaw TV Winnipeg continues with the exit of Jim Toth.

The sports reporter/producer will soon be covering the Winnipeg Jets for CJOB, according to Shaw’s Kim Babij via Twitter.

Toth has been with Shaw since 2001, where he first began at the company’s Cranbrook, B.C. station. In 2005, he moved to Winnipeg, where he’s hosted Sports Talk, The NFL Sunday Ticket Show, Moose Trax, The Fabulous Blue Bombers Show and Bisons Beat.

A replacement hasn’t yet been named.

Last month, it was revealed Joanne Kelly and Meera Bahadoosingh would also be leaving.