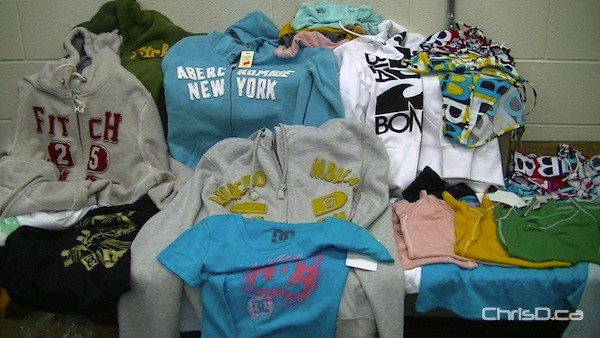 RCMP seized in excess of 350 counterfeit clothing items from a retailer in Grand Marais. (RCMP HANDOUT)

More than 350 items of counterfeit and suspected counterfeit clothing have been seized from a retail clothing store in Grand Marais.

Manitoba RCMP executed a search warrant on the business on August 12, where they located a number of brand name items, including Ed Hardy, Billabong, Quiksilver and Abercrombie & Fitch.

The value on the items seized is estimated at more than $18,000.

Charges are being contemplated under the Copyright Act, Trademark Act and the Textiles Labeling Act, but haven’t yet been laid.

Grand Marais is located about 90 minutes north of Winnipeg.