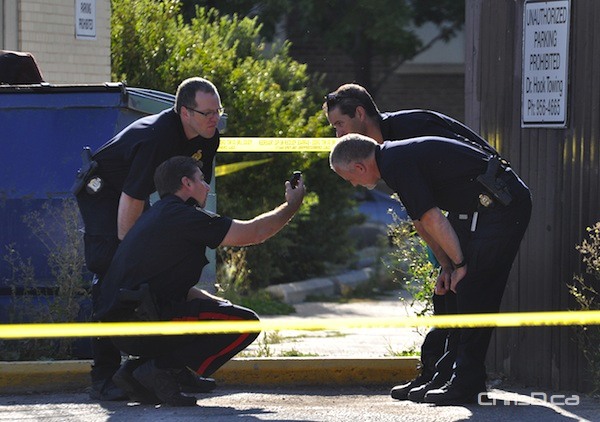 Winnipeg police officers work at the scene of a shooting on Ingersoll Street on Thursday, August 18, 2011. (MAURICE BRUNEAU / CHRISD.CA)

A home in the 1100 block of Ingersoll Street near Notre Dame Avenue was the target of gunfire early Thursday morning.

The incident happened at around 4:45 a.m., with multiple shots being reported.