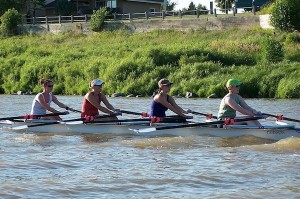 The first ever summer camp offered by the Winnipeg Rowing Club has been a success.

In July, the WRC started hosting day camps to introduce youth into rowing. The camps were open to aquanauts and rookies (Grades 6, 7, and 8).

Campers were taught rowing technique and water safety through games and challenges, which has brought in dozens of participants. The final two-week session of the summer begins Monday, August 22.

“We are always trying to attract more junior-aged athletes into the sport of rowing, typically from grades 9 to 12,” said WRC head coach Brent Figg.

“It’s also a great day-camp option for parents who are looking for something different for their kids to do.”

← Previous: Only One Way Down in Annual 'Drop Zone' Fundraiser Next: Shots Fired at Home in City's West End →
Tags: Winnipeg Rowing Club