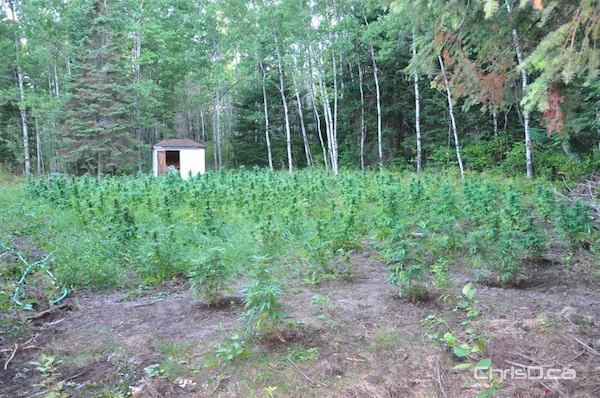 RCMP seized hundreds of marijuana plants and a stolen quad while executing a search warrant on a property in the RM of Alexander. (RCMP HANDOUT)

RCMP have seized approximately 200 marijuana plants from a property in the RM of Alexander.

Thirty-eight-year-old Terry Layton Hannigan of Winnipeg has been charged with production of a controlled substance and possession of stolen property. He remains in custody pending a scheduled court appearance.