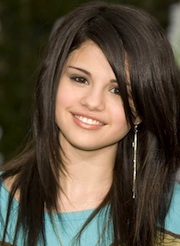 Disney Channel actress and singer Selena Gomez and the Scene will be coming to Winnipeg this fall.

The 19-year-old singer rumoured to be dating Canadian popstar Justin Bieber will play MTS Centre on Friday, October 21. And just to clarify for teen girls who may have read that last sentence quickly, Bieber will NOT be performing in Winnipeg. Now take some deep breaths.

Besides her singing career, Gomez has won an Emmy Award for her work on the Disney television series “Wizards of Waverly Place.”

Gomez announced the Canadian leg of her tour on her website late Tuesday afternoon, which also includes stops in Victoria, Vancouver, Edmonton, Calgary, Saskatoon and Montreal.