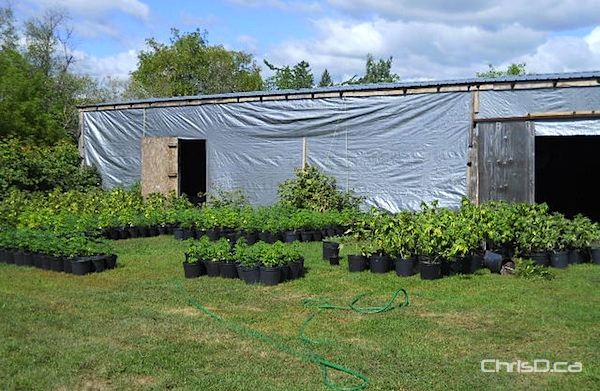 RCMP raided a property in the RM of Fisher, where they located hundreds of marijuana plants. Three men have been charged. (RCMP HANDOUT)

The bust happened on a property in the RM of Fisher on Wednesday, where police also found 20 pounds of processed marijuana. The total haul has an estimated street value of about $720,000.

All three have been charged with production of a controlled substance, as well as possession for the purpose of trafficking. They will appear in Winnipeg court on Friday.