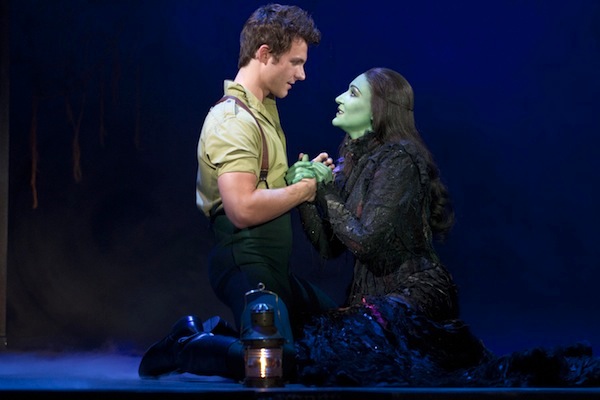 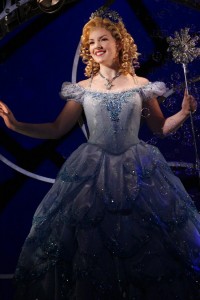 “I’ve got a feeling we’re not in Kansas anymore…” as audiences of the theatrical touring Broadway musical hit Wicked landed at the Winnipeg Centennial Concert Hall on Thursday night.

Wicked tells the tales about the events that transpired in the Land of Oz before and after Dorothy and her little dog Toto’s whirlwind adventure. The musical is based off Gregory Maguire’s novel, Wicked: The Life and Times of the Wicked Witch of the Westand the 1939 film “The Wizard of Oz.”

Last night’s cast of Wicked enjoyed a rousing standing ovation as the dazzling voices thrilled the audience with the telling of a unique love story. A story mixed with prejudice and discrimination, pride, power and politics, and sacrifice; Wicked was about how Elphaba and Galinda (the “Ga” is silent) became the Wicked Witch of the West, and Good Witch of the North, respectively. The musical also brought other characters to life from the Wizard of Oz — with origins of the scarecrow, tin man, cowardly lion, and the wonderful Wizard of Oz himself. Even Dorothy makes a shadowy appearance.

The musical has some great songs that may already be familiar to you, especially for fans of “Glee” when with songs Defying Gravity, and For Good. Another recognizable song is Popular, heard in the 2009 movie “Zombieland” (starring Woody Harrelson, Jesse Eisenberg, and Emma Stone… you know, the movie that introduced rule #2: the double tap? Watch that movie if you haven’t seen it. But I digress).

There was a lot of eye candy with the big head of the wizard’s machine and the large steel dragon monstrosity that made up most of the upper frame of the stage. The costumes were also well designed especially all the flying monkeys with wings (they also move).

Natalie Daradich as Glinda played up the role to portray a very narcissistic blonde, while Elphaba was elegantly portrayed by Anne Brummel. Their duets were quite entertaining to watch, especially the end of act I power ballad “Defying Gravity”. Yes, I realized I mentioned that already. The chemistry that Daradich and Brummel have on stage is similar to the original cast pairing of Kristin Chenoweth and Idina Menzel. Talent, that’s all I’m saying. The real highlight is listening to the touring orchestra that enhances the entertainment experience.

The only thing with this musical that I found to be disappointing was that there was no song in particular that really stuck in your head after leaving. When you leave other productions like Hairspray, Jersey Boys, or even Jesus Christ Superstar you leave the theatre with a song that you end up singing when nobody is looking — well only sort of in this case. Though the enchanting theme music might be enough to keep you humming and occasionally belting out “I think I’ll try/defying gravity/and you can’t bring me down.”

Catch Wicked at the Winnipeg Centennial Concert Hall from August 24 to September 4, 2011.