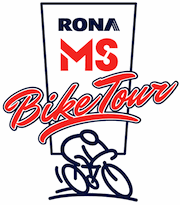 After months of fundraising and collecting thousands of pledges, more than 750 cyclists will pedal 87 kilometres in support of the MS Society of Canada this morning.

The 22nd annual RONA MS Bike Tour will depart from the Stonewall Veterans Memorial Sports Complex at 8 a.m. before arriving at their final destination of Gimli.

The riders will stay overnight in the lakefront resort town before making a return to Stonewall on Sunday at 8 a.m. The first cyclists will begin to arrive back in Stonewall at approximately 10 a.m., having ridden over 170 kilometres over the two days.

Volunteers will serve up a BBQ hosted by RONA to round out the weekend.

This year’s MS Bike Tour is expected to raise more than $530,000 for the Multiple Sclerosis Society of Canada — Manitoba Division.