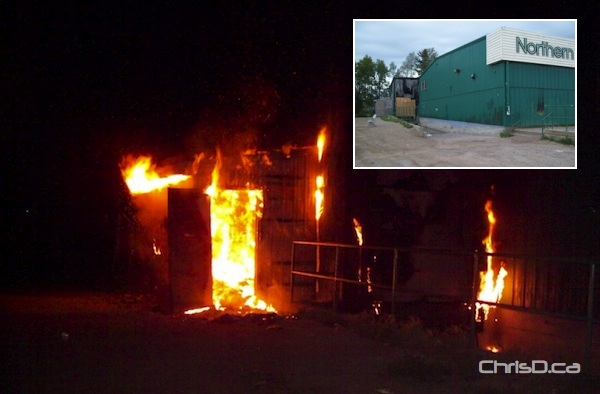 An early morning fire destroyed the inside of Northern Store in Nelson House on Saturday, August 27, 2011. (RCMP HANDOUTS)

A fire at Northern Store in Nelson House is estimated to have caused $5 million in damage last weekend.

RCMP say the fire broke out on Saturday at about 5 a.m. on Bay Road in the community.

The contents of the grocery store are considered a write-off due to extensive water, fire and smoke damage. The structure, however, remains standing.

RCMP and the Manitoba Office of the Fire Commissioner are investigating.

This is the second fire to destroy a Northern Store in the past week. On Monday, the Berens River location was set ablaze.